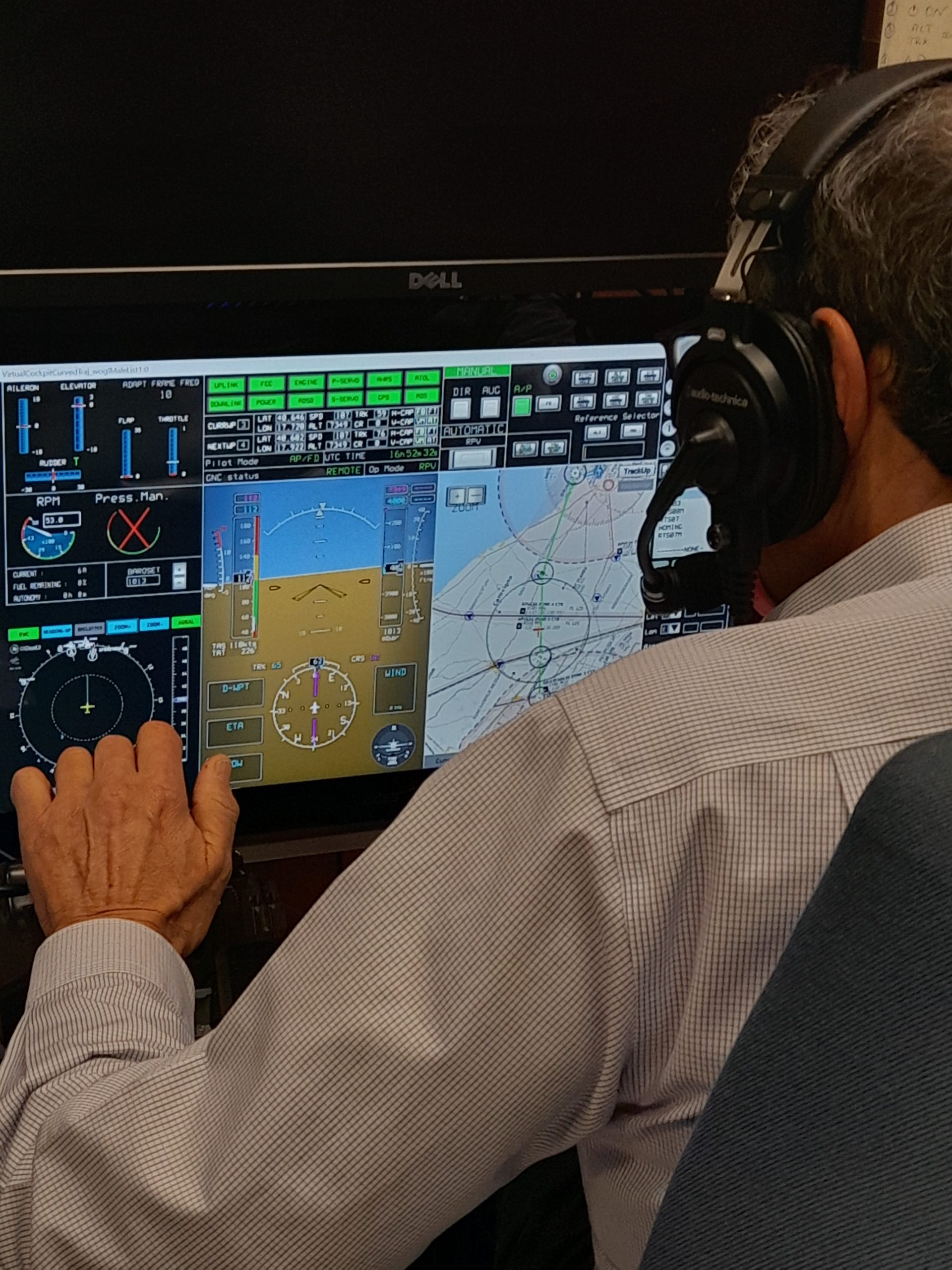 We have already told you about the URClearED’s first Real-Time simulations to test the Remain Well Clear concept, conducted at CIRA (IT), in the previous article (also reported on the Unmanned Airspace online journal!). We have news about the second round, keep reading to have all the information and first feedback by pilots and controllers.

Last week, we closed the second Real Time Test Campaign at the Italian Aerospace Research Center (CIRA) laboratory, which took place from the 12th to the 14th of April.

In addition to the tests already performed in the first campaign, during these three days, URClearED performed further 11 tests for a total of 6 hours of simulation and more than 20 encounters.

In this second round, the team repeated four tests of the first campaign with:

Moreover, other 7 tests were performed with a MALE (Medium Altitude Long Endurance) Unmanned Air Vehicle (UAV) that has different maneuverability performance with respect to TUAV.

The team performing the tests was composed of:

In the coming days, the involved team will analyze the data, reports, notes and audio/video collected during this Test Campaign to have final conclusions in the upcoming weeks.

In conclusion, on behalf of the URClearED project, we want to thank everyone who supported this second RTS campaign, with a special mention to the CIRA team that planned, prepared the experimental set-up and controlled the tests, to DLR that provided the HMI, to Deep Blue experts that performed the Human Factor assessments, to the Advisory Board component, Mr. Diotallevi, and to Mr. Velotto, ATCO of Capodichino Airport, who, together with our ATCos, acted as controller and pseudo-pilot in several tests, giving precious contributions and feedback.

We use cookies on our website to give you the most relevant experience by remembering your preferences and repeat visits. By clicking “Accept All”, you consent to the use of ALL the cookies. However, you may visit "Cookie Settings" to provide a controlled consent.
Cookie SettingsAccept All
Manage consent

This website uses cookies to improve your experience while you navigate through the website. Out of these, the cookies that are categorized as necessary are stored on your browser as they are essential for the working of basic functionalities of the website. We also use third-party cookies that help us analyze and understand how you use this website. These cookies will be stored in your browser only with your consent. You also have the option to opt-out of these cookies. But opting out of some of these cookies may affect your browsing experience.
Necessary Always Enabled
Necessary cookies are absolutely essential for the website to function properly. This category only includes cookies that ensures basic functionalities and security features of the website. These cookies do not store any personal information.
Non-necessary
Any cookies that may not be particularly necessary for the website to function and is used specifically to collect user personal data via analytics, ads, other embedded contents are termed as non-necessary cookies. It is mandatory to procure user consent prior to running these cookies on your website.
SAVE & ACCEPT